Several years ago, I became aware of the work by Christoph Malin on the island of La Palma (in the Canary Islands, Spain). Christoph made a video called "Island in the Sky" (http://vimeo.com/53845425) that shows off the island's beauty.

At first, I did not seriously think that I would be able to travel to an island over 3,000 miles away from home for a photography trip. In late summer 2013 I heard about a week-long workshop called Astro Master La Palma (organized by http://www.astrolapalma.com) featuring time-lapse and still photo instruction by Christoph Malin and TWAN founder Babak Tafreshi (http://www.twanight.org/)

So, there was a workshop specifically for night sky photography and timelapse; on one of the most beautiful islands in the world.

I knew immediately that I had to find a way to get to the island of La Palma and attend this workshop.

View Larger Map
Challenge Number One: obtain a new U.S. Passport
Somewhere in all the moving from Atlanta to Virginia to Asheville, my passport had gotten lost or misplaced. After weeks of searching, it could not be located. I had an international flight paid for and scheduled, but no passport.

After making quite a few phone calls, I determined my best opportunity to get a passport quickly was to drive from Asheville to Washington, D.C. and get a same-day passport. Fortunately, this was before the government shutdown; and I was able to wake at the very early hour required for driving into the urban chaos that is Washington, D.C. After a long day of driving and walking, smiling and waiting, I left with a fresh, crisp, brand new U.S. Passport. 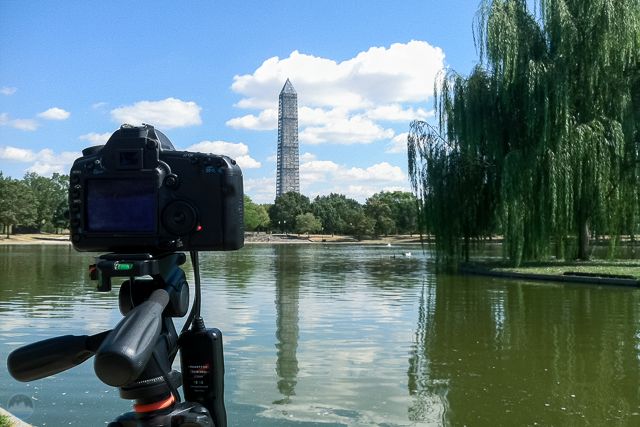 Challenge Number Two: fly from Charlotte to Miami to Madrid to Santa Cruz
Let's just say this: Flights that cross oceans and last nine hours are no joke. They take years off your life. If you go, fly Iberian, it was a luxurious plane with a remodeled interior. On the return, American Airlines forced us to watch NBC Universal and "the Great Gatsby" as in-flight entertainment. (twice) 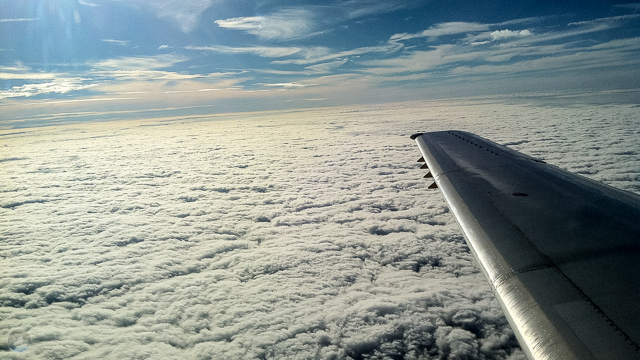 Challenge Number Three: Survive the AstroMaster 2013 workshop
After flying across an ocean, I remembered how strenous all-night timelapse photography can be. Every day we discussed technical issues like sensors, lenses, processing, for both still night sky photography and timelapse. Then, almost every night (4 out of 6 nights), we went as a group to an amazing location for 6-12 hours of night sky photography.

The experience was awesome; I wish I could do this every week, but my body probably wouldn't survive. Most of the time, we went to locations at high altitude (about 2.31km / 7,500ft) on the LP-4 near the observatories.

Many thanks to Cristoph Malin, Babak Tafreshi and AstroLaPalma.com for putting this incredible experience together. For about half the cost of my transatlantic flight, I received lodging, food, instruction, guidance and transportation, as well as a guided tour and all-night shooting session around the island's el Roque area with over a dozen observatories operated by the European Space Organization. 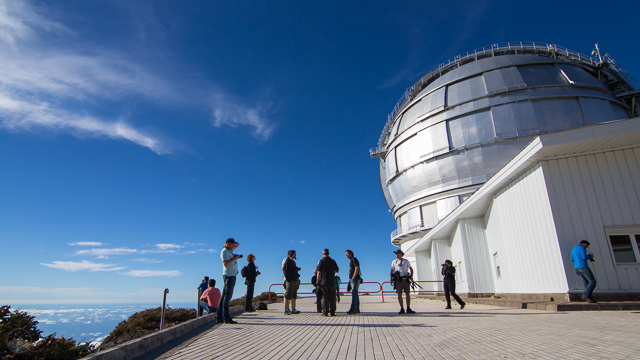 Challenge Number Four: Staying Longer and Going Out Alone
Two days before my return flight back to the U.S., I had made up my mind: if possible, I would stay another week on this amazing island and take more photographs. I was also quite physically exhausted and feeling uncertain that I would be able to endure the rigors of international travel; after multiple nights of sleep deprivation and excursions from sea level to altitude (and back). Fortunately, I was able to postpone my flight by another six days and extend my stay without extraordinary expense.

For two days, I simply rested my tired body, recharged my camera batteries and looked at the 10,000+ photos I'd already captured. As part of the workshop, we visited the Fuencaliente area with its distinctive lighthouse and salt pans, but the weather had been poor on that particular night. I decided that visiting Fuencaliente again was one of my top priorities.

After two days of rest, I rented a car, filled it up with gasoline and headed out to Fuencaliente just after dark. I arrived right as the restaurant's staff was closing for the night; I politely introduced myself as a "fotografo de noche" so they wouldn't be alarmed by my movements. The night I spent at Fuencaliente was magical and extremely productive; the weather was perfect and the night sky was nearly ideal for timelapse. The two cameras I had rolled almost continously from 10pm until sunrise.

At some point during the night, I figured out that three red lights in the distance were, in fact, huge wind turbines. Wind turbines at dawn? Gotta get a timelapse of that, I thought. 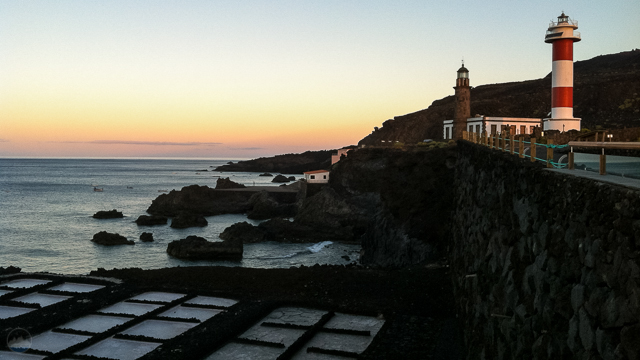 Challenge Number Five: Don't Get Lost in the Lava Fields
The wind turbines are over a mile from where the lighthouses are (La Palma abounds with long-distance views), so I took the rental car, a zippy stick shift Nissan Micra. After placing my camera for the wind turbine timelapse; I realized I had an issue: in the middle of these primordial lava fields, the road diverged in a star pattern and I couldn't be sure which road led back to the lighthouse (and the rest of civilization).

Complicating matters: my U.S. cell phone didn't receive service on La Palma; if I couldn't find my way out, then I was truly lost and on my own. Every path was bounded by razor sharp rocks that would cut the rubber in my shoes. After a turning around more than once, I found my way out and retrieved all my gear. What to do now? Hey, let's put the camera on the outside of the rental car..
Challenge Number Six: Finding and Driving La Palma's LP-3 and LP-4
On my last full day visiting La Palma, I decided to revisit the LP-4 highway and the el Roque area for one last caldera / Milky Way / sunset shot. Unfortunately, I spent more than an hour in the city of Santa Cruz trying to find the LP-4, including asking five (cinco) people for directions (una pregunta, por favor?).

Ultimately I didn't find the LP-4 in the city of Santa Cruz, so instead I took the LP-3 across the entire island and found the LP-4 from the other end. La Palma's LP-4 must be one of the world's steepest and most curvy drives; two seconds of inattention on this road could mean driving off a sheer cliff. I managed to set up just before sunset and capture the sequence with the moon, venus, and the Milky Way as part of the sunset that's featured at the very end of the final film.

Trails near the old volcano caldera on La Palma are often one or two steps away from a sheer cliff. There are no snakes or dangerous animals on La Palma to worry about, but you do have to watch your footing on the rocks. Many times during photography I thought to myself: One false step in the dark here, could be fatal.

On the way home from the LP-4, I put the camera on the outside of the rental car again and captured the night-drive-lapse used in the film.
Challenge Number Seven: Getting Home and Editing over 15,000 photos
Through a masterpiece of scheduling, I essentially doomed myself to a twelve hour, overnight layover in Madrid airport. After enduring the American Airlines flight(s) home, and then driving 100 miles from Charlotte to Asheville, I was a tired traveler indeed. However, I knew I had some amazing photos and also, that the long process of organizing and working with the photographs themselves had only just begun. I spent less than 14 days on La Palma, but it's taken me at least another 14 to organize, process and edit the photographs and join them with the music in order to create the final film for "Night Visions: Astro La Palma".

Thanks to Simon Wilkinson of http://thebluemask.com for providing the music for the film.

I hope that you enjoy the film, creating it was definitely a highlight experience in my life that I will always remember.

To see the actual photos used in the film "Night Visions: Astro La Palma", please visit StarMountainMedia on 500px.com or view this set on Flickr.com 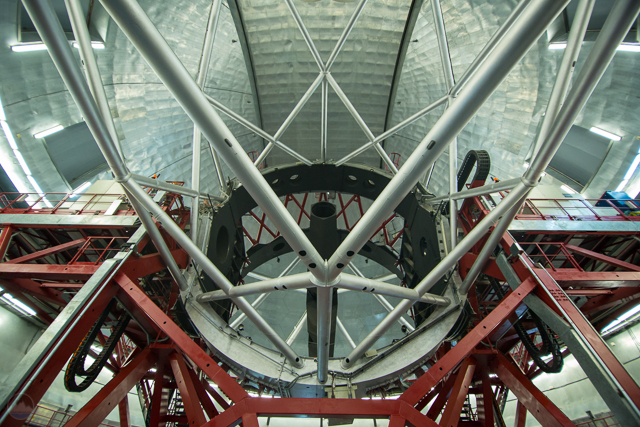 Night Motion Timelapse: Outer Banks
The Outer Banks has very dark skies with little light pollution. I went to Salvo, N.C. under the new moon in April and.. (see more)